Expanding Our Military and Government Presence 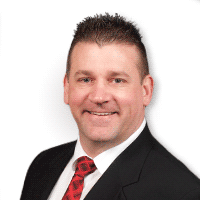 For many, the work we do at Spectrum Aeromed might seem far off. Equipping ambulances and helicopters for medevac may not ever, hopefully never, directly impact your life. But for me, as an Army veteran, this work is personal. Knowing that our designs and equipment are going to be used in a lifesaving manner for my brothers is deeply meaningful. Even though I’m retired, this is a way to still be a part of the mission to serve and protect this country and each other.

For this reason, growing our military presence has been a focus of mine since the beginning. I joined the Spectrum Aeromed team 5 years ago, and I cover Spectrum Aeromed sales for the Eastern hemisphere, the commercial side and military and government programs. Since joining I’ve seen our military and government presence continue to grow. Part of that is the expertise I and my team can offer.

With my background as a helicopter pilot, a mechanic in the Army and as part of the Special Forces, I’m able to step in and talk with the officers and military personnel as an equal rather than a vendor. We have similar experiences, and similar stories. It enables me to connect on a deep level with them. When it comes to designing medevac, we share the same personal goal: tosave as many lives as possible.

Working with governments in this capacity is fascinating. The militaries are on the leading edge of trauma treatment and have innovative ideas that are helping patients. Innovative ideas usually origin in Special Operations groups first, as they’re seeing more direct contact with the enemy and need to be able to react. When these customers come to us, they have new ideas about how to make things more efficient. It’s extremely fulfilling to see what they need, and how we can help.

I’m proud to say that our team has proven to have the expertise to match the needs of the military. Today, our equipment meets and exceeds the standards that the military requires. We are expanding in several markets globally, and continue to take on bigger projects. We’ve got an exciting journey ahead.

Ricky Reno serves as the VP of Military & Government Initiatives, and Account Representative for Spectrum Aeromed. He joined Spectrum Aeromed in 2012. He has been in the Aviation Industry for over 27 years as a Commercial Helicopter Pilot, Flight Instructor, and Airframe & Powerplant Technician. He also retired from the US Army after 22 years where he served as a Black Hawk Pilot. Ricky has been awarded the prestigious Sikorsky Rescue Award for his role in the life saving efforts using a Sikorsky Aircraft.